Korpo, Class 2022, giving back to UWCM and living the mission 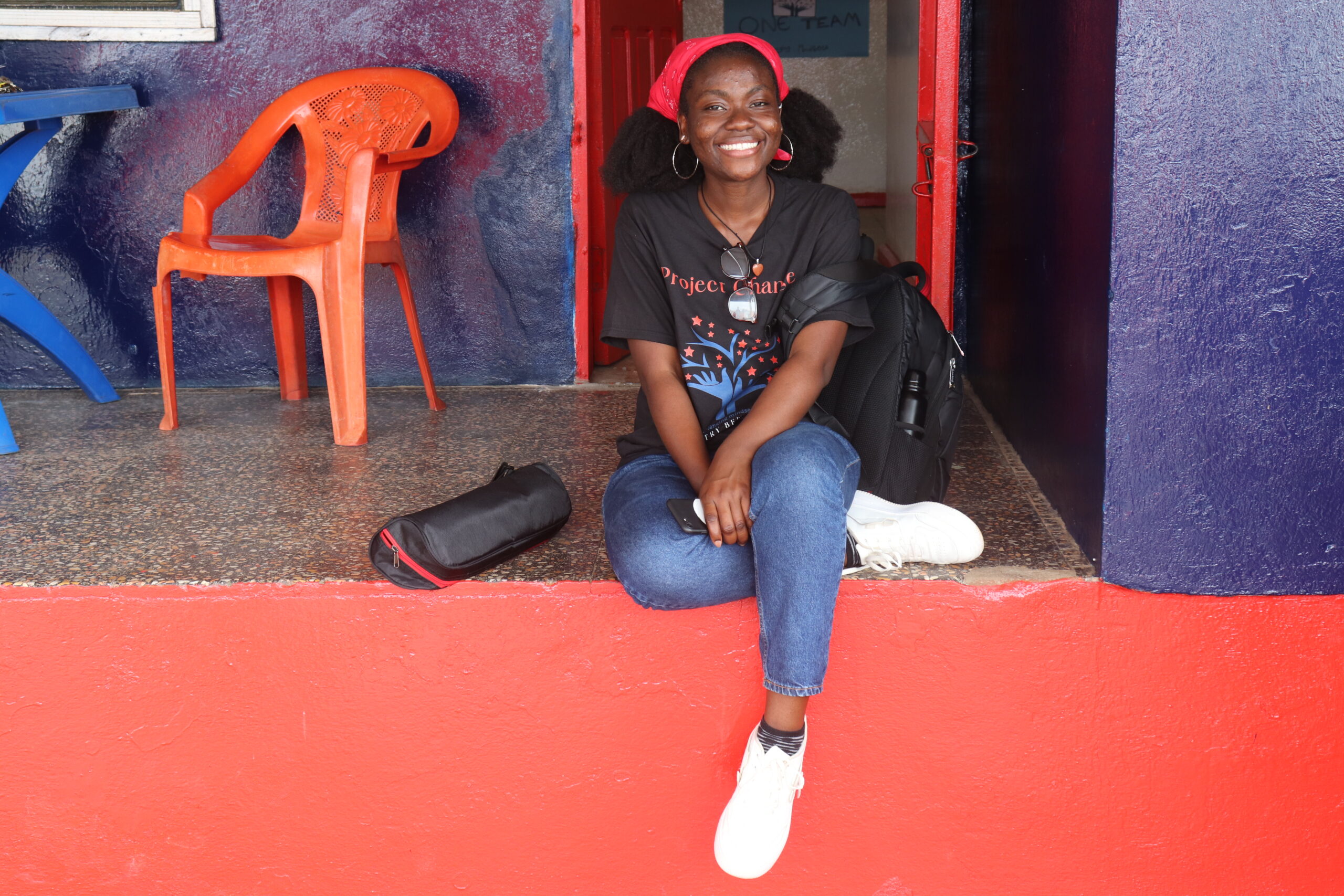 Can you please introduce yourself to those who do not know you?

My name is Korpo M. Selay, and I am a UWCM alumna from the Class of 2022, so I just graduated. I’m currently back in my home country Liberia.

What was the last month like for you? And what are your plans after?

I honestly barely remember. It went by quickly, somewhat quicker than I wanted it to be. We wrote exams, said goodbye the next day, and graduated. I feel like I’ve been in Liberia for two months, but I’ve only been here for three weeks. I think this is because of the many events that have already occurred. From this fall, I’m going to Luther college in the US, hopefully studying global health and international studies.

For the time in Liberia, do you have any specific plans for what you will do?

For now, I’m a part of an NGO called Project Change International Inc., and we are implementing some programs. Also, I’m helping out a friend, who is also in a Luther college, with their Davis Peace Project that they are implementing in Liberia.

Can you tell me a little bit more about the Davis peace project?

They are creating a sexual education curriculum for young girls in Liberia, educating them on sexual and reproductive health. During a three-day workshop, different volunteers, like me, will teach the curriculum to the girls.

Can you tell me a little more about the NGO you work for?

It’s called “Project Change International Inc.”. We are on a mission to change the mindsets of young people in Liberia from “I can’t” to “I can.” We emphasize to them that one does not have to have a Ph.D. to make a difference and empower them to use the already available resources. The inspiration for this NGO came from a documentary called “Poverty Inc.,” which sheds light on how NGOs and foreign aid impacted Haiti’s economy. We tried to relate that to Liberia. There were many NGOs and foreign aid in Liberia after the 14 years of civil war, resulting in a surplus of aid not needed. This affected the economy as local businesses couldn’t sell their products since people were already getting those things for free.
Consequently, this resulted in a generation of people who feel helpless and think things should be handed to them through some form of aid. At Project Change, we host workshops and conferences with young people about self-sustainability and how they can contribute to making Liberia a country that can sustain itself. At the end of each workshop with high school students, we encourage them to identify problems at their school or a community of their choice and find solutions to those problems. The students then propose those solutions to a panel as business proposals. By doing this, they are not just solving problems sustainably but also turning them into a source of income to improve their school or community. The organization offers microgrants to the winners to implement their projects or start-up their businesses.

In what ways have you already been giving back to the UWC movement? Especially, tell us more about what you do in Liberia with UWC Liberia?

Every year, UWC Liberia runs a summit organized by past and current UWC students. The summit aims to promote the UWC missions and values among young changemakers in Liberia. Being former and current students of UWC, we have experienced the impact and thus saw the need to spread the word to people who haven’t had a chance to go to a UWC school and tell them to get involved and promote the message of peace and sustainability. We talk about leadership, peacebuilding, and career development, among other things, during the summit. In the end, the participants work in groups to identify a problem in different communities and create a solution to that problem. It could be an economical or social problem; it’s entirely up to them. The primary purpose is to get them innovative in creating solutions to issues requiring little to no funds. This year, I’ll be part of the organizing team.

Are there any skills you learned at UWCM helpful in organizing the UWC Liberia summit or for your work with the NGO?

Many skills! One of the essential things I’ve learned is how to deal with people. Living with people with different backgrounds and perspectives but still trying to coexist was a significant experience that helped me deal with many situations since I left UWCM. If there’s one thing I’ve learned, it is how to understand things from people’s perspectives and know their stories. You cannot just say “You’re wrong” or “You are horrible” to someone without trying to understand them.

As a very young alum, how do you find staying connected with the movement? What about living the UWC mission?

One thing: You can’t get rid of UWC! Some say you can break up with UWC, but I think it just becomes who you are. After the end of the two years, UWC becomes YOU. I’ve met with my co-years since I got back home, and on several occasions, I look at us and realize there’s no going back. We can never be the same people we were two years ago. Living the mission becomes a part of your life, and I see it in every little thing I do.

If other young alums are interested in giving back, what would be your recommendation for them?

The biggest thing to realize first is that the community you are returning to, in your home country, university campus, or city, is different from UWC or who you may have become after UWC. I think it’s important to remind ourselves that most people will be ignorant about many things you talk about, and some may not see things the way people at UWC do. Therefore, please be patient, don’t expect them to get it as quickly as you did (that is, if you did get it quickly), and don’t give up on them. Put yourself in their shoes and remember that two years ago or so, you were (or maybe not) like them.