emPOWERgirls Story: ‘In Sudan boys are sent to school while girls are expected to adhere to certain cultural aspects’ 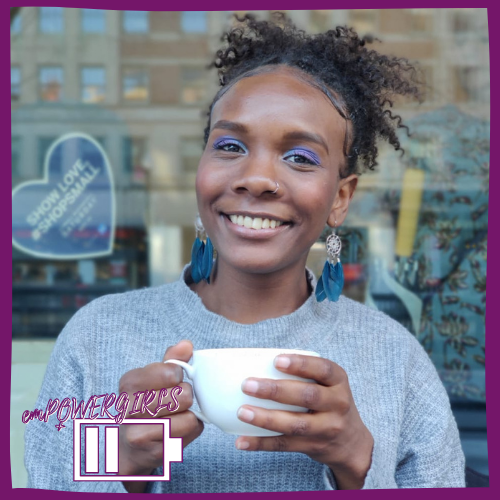 In our ’emPOWERgirls Stories’ we highlight the power women in UWC Maastricht’s community. This week you can read about Roua Adam, a Sudanese alumna who is planning on going back to her country to run a sustainable eco-enterprise one day.

Roua, a Sudanese graduate from UWC Maastricht is working in the tourism and hospitality industry. She started her internship in Aspen, USA to help a resort grow that operates in harmony with the laws of nature. A perfect combination of her urge to be mindful of our environment and her passion for hospitality. She liked it so much that when she was offered a job after graduating, it wasn’t a hard decision to make.

One day, Roua wants to have her own resort in Sudan, in the town where she is originally from. She would provide jobs for the local community, teach them English and work with the neighbouring farms for local products; a sustainable eco-enterprise. Sudan has a lot to offer: mountains, rivers, pyramids and deserts. She is proud of her country and she hopes more people get to enjoy the beauty of it.

Our alumna cherishes fond memories of her time at UWC. She grew so much as a person and was provided with a proper toolset to interact with people from all kinds of backgrounds, histories and views. The experience was so overwhelming that she only noticed what she had learned and experienced, when she took some distance from it all. Her memory of spending new years on campus has stayed with her. Being away from her Sudanese family, it was then she realized she had become her own independent self, and that she’d created her own UWC family around her.

After her graduation, Roua returned to Sudan. Her first months outside of the UWC bubble felt strange as people have different views. “One can often get frustrated because you want to have discussions with people outside of UWC, but I also didn’t want to get into conflict with them. After a while I realised that it was ok to challenge various perspectives as long as it is done being done in a respectful manner”.

Roua is very excited to hear about UWC Maastricht’s initiative to empower the next generation of girls from her and other countries in the Middle East and North Africa by offering them a place at school. “Women are treated as second citizens to men in the MENA region. In Sudan, for example, boys are sent to school while girls are expected to follow and adhere to certain cultural aspects. UWC Maastricht’s initiative to focus on young women in the MENA region will help plant the seeds of the future by tackling issues at a young age. By equipping girls with tools to unlock their full potential they can reflect on the social and economic aspect of the MENA region. Our future is in hands of the coming generation that will not be silenced for their sex/gender. UWC Maastricht’s initiative will hand the tools of success to these young women, and allow them the chance to be something more by adding a vital contribution to the labor markets and meaningful and dignified work”.

Roua Adam (Sudan) | Graduated from UWC Maastricht in 2016 and is currently working in the tourism and hospitality industry in Aspen, USA.