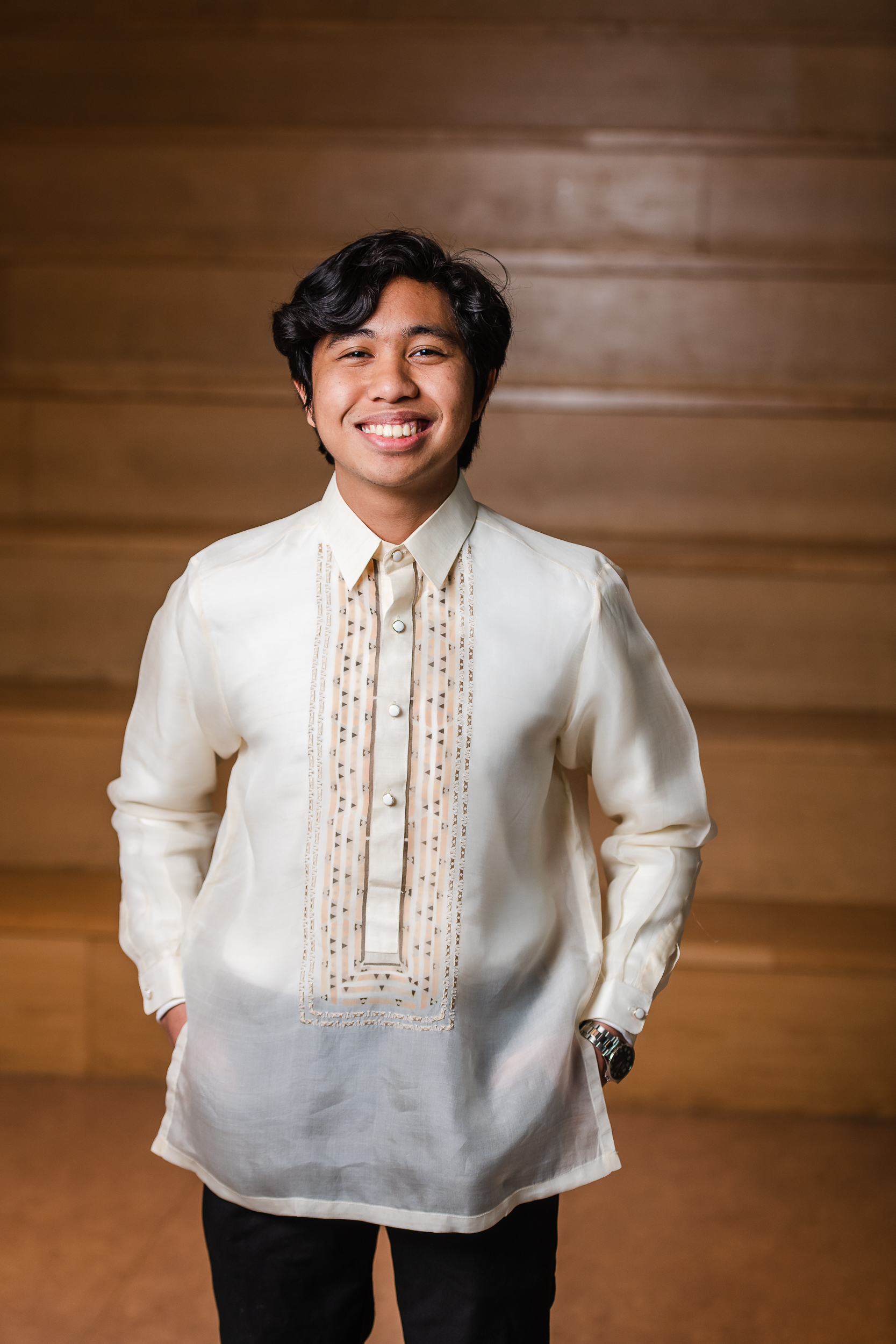 Please introduce yourself to those who do not know you.

My name is Mathew and I am from the Philippines. I graduated from UWCM in 2022. I must say that being at UWC Maastricht was actually rather unexpected for me because I was in fact about to go to university. I eventually chose to go to UWC Maastricht and it’s been one of the most meaningful  and memorable experiences. Just like every other alumni out there, even though it has been just one year for me, I miss you UWC Maastricht very much. Currently I am living in China and I am studying Interactive media and business at the NYU in Shanghai.

What comes to your mind when you think of UWCM?

Right now I see UWC Maastricht not as a school that I attended, I see it as a puzzle piece of the bigger UWC picture and also of my life journey. UWCM for me is a UWC school that has an interesting culture considering both the people there and the environment of the town of Maastricht. I still feel really attached to the school and it is very hard for me to let go.  I now continue looking for all the extra ways to stay connected with the movement.

You really just graduated, but I would be curious to know whether or not you feel the UWC mission is present in your life?

To some extent I think that I am one of those lucky people who still get to experience the UWC-like feeling since I am at NYU which is an international school. Although 50% of the students are Chinese and most of the rest are Americans from the US, the whole intercultural dialogue is still very much there. As much as not all of the UWC values are present here, I try my best to keep creating and facilitating meaningful conversations like those I had at UWCM. Other than that, I feel I still follow the UWC mantra, it is something I perhaps do not express a lot especially because my current school is one of the places where you are not really heard unless you really speak up but it still very much resonates with me.

You just recently graduated, have you been able to find ways to reconnect with the UWC movement and to give back?

I would say that stay connected to the movement by the meaningful conversations that I mentioned earlier. I live the mission and apply as much positive change as I can to my current school. I try to connect to UWC here in China. I was recently helping with the selection process. I volunteered there for 2 days, running workshops and interacting with the prospective UWC students.

What was it like to support selections in another country?

The selections reminded me of my own selections and as such were not very different from the selections in the Philippines. However, UWC China has this special task where regardless of anyone’s talent all the applicants have to create a group presentation that is then performed in front of all the parents and the national committee representative. It was an interesting experience to be involved in the selections here, the people are different than what one would expect and especially the prospective students seemed very young and almost immature. Compared to my NC experience, many more students apply to UWC China. For example, I was only supporting the Shanghai part of the selections which included over 80 students. Also, what I found very interesting during the workshops was the role of language. It made me realise the superior role of English at UWC, the applicants were forced to stick to English and I could see that many of them had a hard time expressing themselves. I was also surprised how much these students cared about the world around them and the current affairs especially compared to what one might expect. I really appreciated their international mindedness and how much they genuinely care about the world.

Do you think it’s important to have alumni involved in selections?

I certainly think that alumni should be involved. It is the alumni who know what to expect from the students or who would fit well in a UWC or even in which UWC school. The alumni experienced the good and the less good parts of the schools, they know what it is all about and so their judgement is very important for identifying those students who would thrive at a UWC. I really do  think that it is important to have alumni included in the selection processes as much as possible.

Would you recommend other alumni to join the selection process either in their home country or abroad or even online?

Certainly. Even before UWC Changshu, I was already helping my NC in the Philippines with reading the application essays. I appreciate that we, the alumni, are given this special power to give people opportunities. Not only is it something very meaningful and a chance to reconnect with UWC but it is also a chance to pass the opportunity that was given to you to give to someone else.