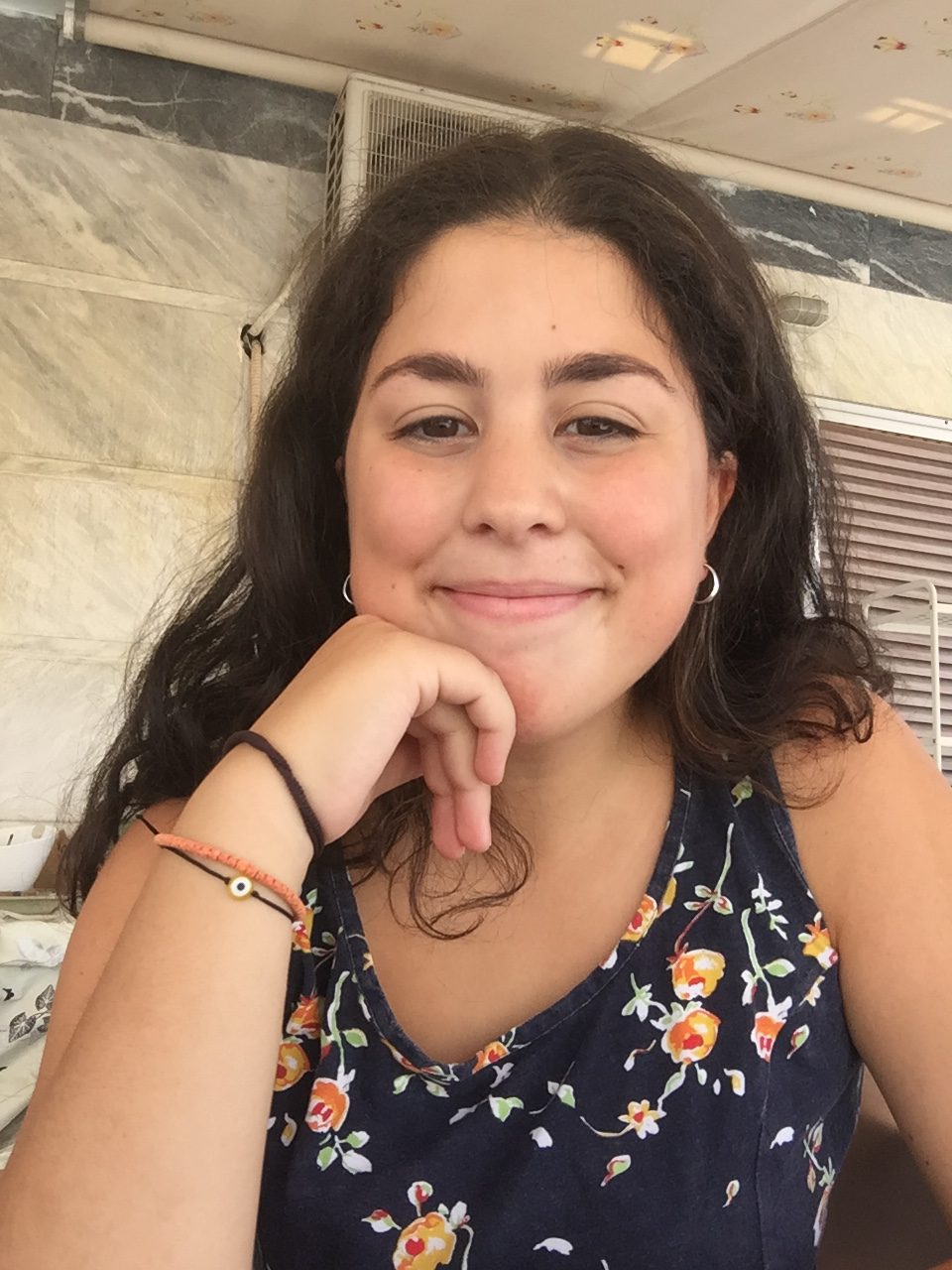 When did you graduate from UWC Maastricht? And what comes to your mind when you think about your time at UWCM?

I arrived at UWCM in 2016 and graduated in 2018. When thinking about those two years in Maastricht, I mostly think about the people I met and conversations with my peers, teachers, and residence mentors. One particular thing that I do remember vividly is when my friends and I moved the sofas from the common room to the laundry room, brought lots of snacks, and fell asleep talking there, under perfect soft lighting. The IB has somehow faded away over time.

What have you been up to since graduating from UWCM?

I went straight to university to study history in Edinburgh, Scotland. I decided very early on to focus on modern history, post-1945, and I mostly look at movement, migration and exile. At UWCM, I took History HL and I also wrote my EE in history. That was my first more academic attempt in this subject and it sparked an interest to go into research in the future. Moreover, being surrounded by peers from many different places and cultures, many of them having experienced forced migration, exile, or being ‘third culture kids’, inspired me to look into movement.

Tell me more about your research? Why this focus?

I currently study how women in Greece in the 20th century consciously joined political life, more specifically women on the left of the political spectrum, and how their commitment to politics was sustained over time. During the Greek civil war and the military dictatorship many of these women were exiled or imprisoned. I look into how these experiences as well as their gender impacted their political life. I chose to work on a topic from my own country and in my native language so I can be more aware of the context and so undertake the oral history interviews with compassion and care. I am very passionate about women’s rights, the feminist movement, and feminist history, and so I wanted this to be a part of my historical research.

Has the time you spent at UWCM played a role in choosing this research topic? And overall, how did the time at UWCM impact your study and research choices?

Coming to UWC showed me how little I actually knew about history, even that of my own country. I grew curious about modern history, from Mao’s China to the Greek civil war and Ghandi’s India. My time in Maastricht also shaped my interest in the history of women. I listened to other women in my cohort passionately speak about their experiences with gender and I felt inspired. In my first year of UWC I joined the organizing team of the International Peace conference, and remember many of the discussions we had during our team meetings about gender, peace, and how to better the world around us. I was also impacted by a couple of informal sharing circles led by some of my co-years and focused on feminism.

In UWC I saw how important a sustainable approach to life is, and so now I spend my free time volunteering at a sustainable food cooperative in Edinburgh, a space that also acts as a community space, connecting folks from all different walks of life. Service was a very important value in my time in UWC, and has outlived my stay there. I now also volunteer as a peer supporter for the School of History in Edinburgh, and also have been volunteering for an NGO in Athens that supports migrants and asylum seekers, for the past three years. Moreover, mutual understanding is a UWC value that comes up a lot in my historical research. My research ultimately wishes to be part of a wider reconciliation effort between different political and social groups in Greece, and give voice to women, who risk otherwise being sidelined.

Anything you want to share with the alums? Any advice? Any questions? Any tips or tricks?

I would recommend that alums connect with other UWC folks in their area! In Edinburgh we have a UWC Foodies Group and we host potlucks, go to dinner together, pick apples, make pasta from scratch together… Belonging to a community like that when in a foreign city is a comfort I am very thankful for.