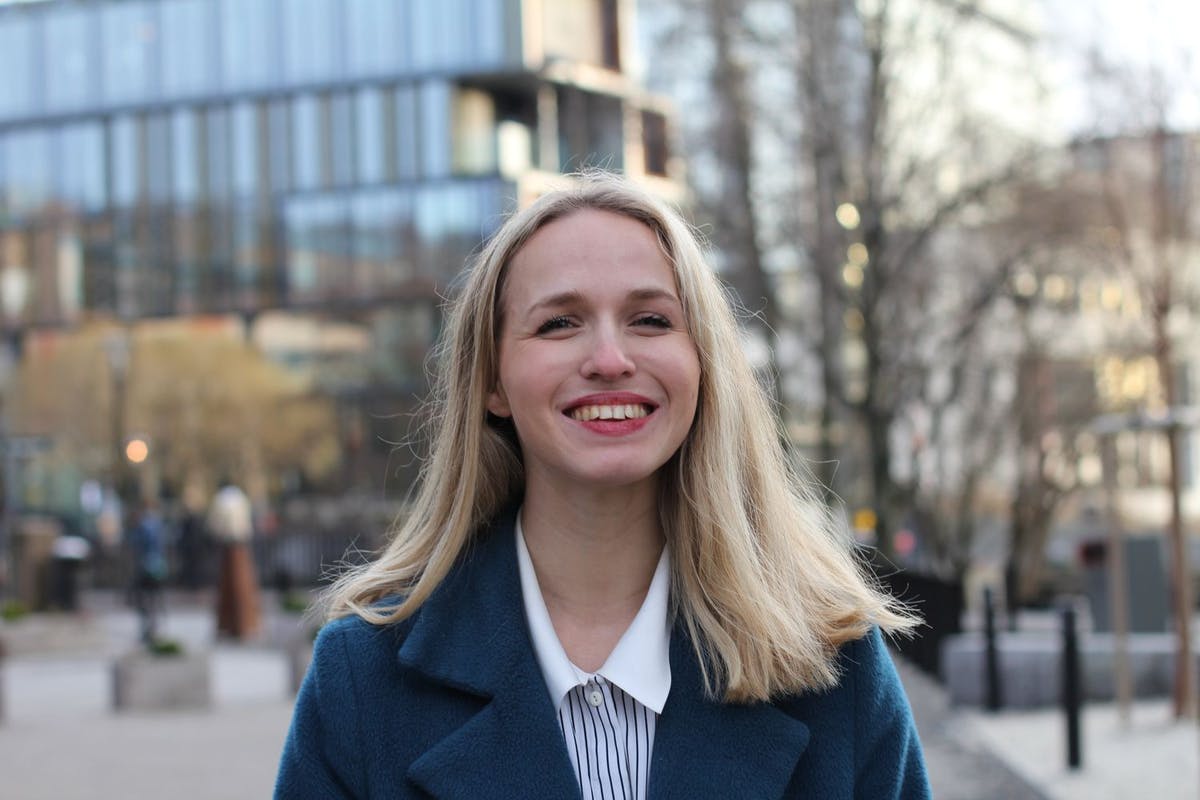 UWC Maastricht alumna Ane Breivik (Class of 2017) will become the President of Young Liberals of Norway on 7 November. Reason for us to have a chat with her and hear how she continues to live the UWC mission through her political career.

Please tell us who you are, when did you graduate and what is the first thing that comes to your mind when you think of UWC Maastricht? And of your time at UWCM in particular?

My name is Ane Breivik, I am Norwegian and I attended UWC Maastricht from 2015 to 2017. The first image that comes to my mind when I think of Maastricht is, of course, the island including the residences, mensa and all the people who lived there together. A memory that comes to me now is all the running around while being in the organizing team of the International Peace Conference and in particular one morning when the entire team woke up at 04:00am to decorate the Atrium and the classrooms but I was still bed because I overslept.

What have you been up to since graduation? Did you keep in touch with the UWC movement?

I didn’t really know what I wanted to study at university, so I took a gap year. I don’t necessarily think that I became any wiser from taking that gap year. During that year, I was involved in the Norwegian UWC National Committee.

After the gap year, I eventually enrolled in an integrated Master’s degree in law at the University in Bergen, Norway, and I am now in my fourth year. While I have been studying law, I also got engaged in politics. I used to be involved in youth politics in my region already before coming to UWC. After graduation, I returned to Norway around the time of the parliamentary elections of 2017 and it was then when I got aggravated by a campaign from another political party. It was the moment when I decided that I needed to help the social liberals and started canvassing and going to their meetings. I became more and more engaged and joined the Social Liberal party of Norway which has been in the government for the past 3 years. Right now, I am a deputy member of Parliament, which is overwhelming. In addition, I am about to become the president of Young Liberals of Norway.

Would you say that your actions have been impacted by the two years in Maastricht and what you learned at UWC Maastricht?

My time at UWCM motivated me to seek change and try to change society for the better. It gave me a larger perspective in the sense of idealism which is also why I decided to become politically active. The biggest lesson from UWC is being more aware of my privileges. I am from a middle class family from one of the wealthiest countries in the world. I am privileged in every shape and every form. This awareness has been good for me when coming into politics as it gives me a larger perspective. I think it is very easy when you live in a welfare state such as Norway and you are part of the majority population, that you in a sense do live in a bubble of privilege, not recognizing the extent to which privilege influences your freedoms and opportunities in life.

How do you see living the UWC mission in your political activity?

The two years of my life in Maastricht were extremely important and formative for me. How I am living the UWC mission is not something I would think about every day. Yet, I do think that my time at UWC has influenced my longing to change society for the better and given me some important perspectives. I benefit from this especially in the various meetings with the civil society, members of my political party or different boards of the party. The exposure to the people of different nationalities, cultures and also the wisdom that you gain from engaging with people that have a different background than you, the different ways of speaking and handling conflicts – all this was extremely important for shaping my values and opinions. I now always remember to consider that not everyone comes from the same walk of life, and thus try to lay out conversations in such a way that is inviting and that people feel included. The skills in intercultural dialogue that one gains at UWC is quite unique and it is so useful in all spheres of life.

Would you have any advice for other UWC alumni who are thinking about entering the world of politics?

When I decided to become active in politics, I was afraid that I did not possess the necessary knowledge to engage myself politically and I felt that I did not have the needed network. I was worried that being at UWC for two years and not following Norwegian politics would be a huge disadvantage but it turned out not to be true. The biggest realization I have had is that I have so much time to do a lot of different things. Right now, I am engaged in politics but maybe in 10 years I will not be. It would not put me at a disadvantage if I waited until I completed my higher education and only then got into politics. You have plenty of time and there is no need to jump into politics right away. In addition, there are many great ways to be involved and contribute to society other than joining a political party. Last but not least, politics is also sometimes just about being at the right place at the right time. The political party that I am engaged in was below the threshold for coming into the Parliament in 2009 and a lot of people who engaged themselves at that time did not have as many opportunities as I have now.

Is it possible to keep your UWC ideals and survive in politics?

It depends on how you define your UWC ideals and what that constitutes. For me, it is about finding a political party that embraces international cooperation, different backgrounds and cultures. Of course, I also sometimes find that my political party might cooperate with others that have an ideology which I might not agree with, for instance, in order to sit in the government. In order to change society and implement policies, you do need to swallow a few camels. Partaking in politics also involves the realisation that not all decisions might turn out the way you wanted them to but your contribution to it made the decision better than the alternative. It is all about compromise searching. So, the residential living with four roommates and the continuous search for compromises was definitely a good preparation for policy making.

Do you have any plans for the near future?

I hope to finish my law studies and I am very much looking forward to working on my master thesis. Right now, I am selecting my electoral subjects. I will focus on International Energy and Climate Law and the Law of the Sea and its uses which is an area of immense conflict between nations and other stakeholders. And as I said earlier, I am soon to become the president of the Young Liberals of Norway. It’s a full-time appointment, but at the same time I plan to finish my law degree. I do hope that in four years I will have completed my presidency as well as holding my law diploma. Also, I hope to complete my driver’s license!